The concept of potential difference is very important topic of current electricity. If you didn’t know or understand this topic, then it is very difficult for you to give the explaination of the question, why does electrons move in electrical circuit after supplying electricity? 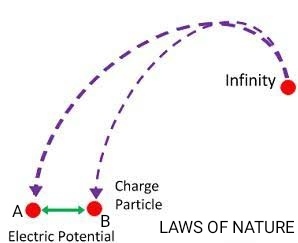 You all of you must have seen or even tested with tester that in home electrical switch board one pin socket has supply of electricity but in second it doesn’t.
This creates the maximum potential difference to flow the electrons in the circuit, the pin socket which have electric supply have the maximum potential and the pin socket which have no electrical supply have 0 potential.
This is the reason of flow of electrons in electrical circuit.
NOTE :  Above diagram only illustrates the cause of electron motion, don’t use above diagram to show the current motion and it’s direction.