All the credit for this outstanding work goes to sir Isaac Newton, it is believed that Newton found the concept of Gravitation, when, once he had sat under an apple tree, and suddenly an apple fall from a tree on him. 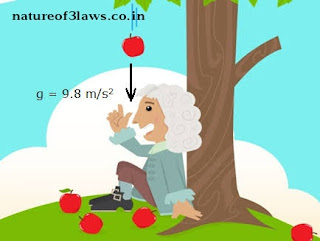 This is a general law derived from the empirical observations, and Newton called this observation inductive reasoning.[latexpage]

The equation of gravitational force thus takes the form:
$$F = \frac{GMm}{r^2}$$
Where F is the force acting between them, m1 and m2 are masses and r is the distance between their centers, and G is the proportionality constant called universal gravitational constant.

Newton only combined this formula with his observations. So here we are going to give a mathematical process of deriving this formula, which is as below: