It is the type of motion in which if any object is fired with some initial velocity near the earth surface , then it’s motion follows a curved path called projectile motion. This curved path by the objects is called the trajectory of the projectile. Any missiles which follows these path called ballistic missiles.
SOME EXAMPLES
*. When we throw a ball.
* Firing of a missile.
*. Path of the water which is flowing from the hole of a tank.
*. Motion of a bullet. etc
SOME ASSUMPTIONS IN THE STUDY OF PROJECTILE MOTION
*. Zero air resistance.
*. Effect of earth rotation on the object is negligible.
*. Constant acceleration due to gravity.
EQUATION OF THE TRAJECTORY
MOTION IN HORIZONTAL DIRECTION 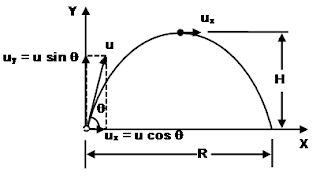 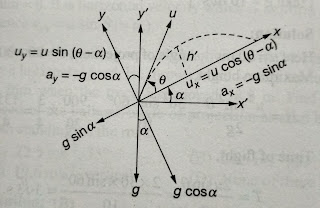