Most people can’t understand this concept after reading once, but today we are going to talk about this with a simplified explanation… If you want to understand this, then read it till the end. 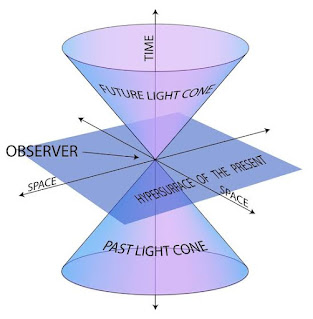 We are talking about, the special theory of relativity. Which are originally proposed by the genius Albert Einstein on 26 September 1905 with the title of  “ON THE ELECTRODYNAMICS OF MOVING BODY”. And it is generally accepted and experimentally confirmed the physical theory.

After coming to this theory, the way of watching the universe has been changed completely. If we want to understand this theoretical concept. Then we have to start it from scratch. Then let’s start…

Going further in the article, we have to take a look at the basic idea behind this theory, which is termed as the postulate of the special theory of relativity. There is two postulates regarding this theory. Which is as follows.

These are two basic ideas on which the special theory of relativity is proposed by Albert Einstein.

This theory is widely accepted by the people and gives rise the brand new concept like – time dilation, length contraction, mass-energy equivalence, relativistic mass, constancy of the speed of light, a relative of simultaneity. Now we are going to take dive into the postulate of this theory, to understand this.

EXPLANATION OF THE FIRST POSTULATE

Take a ball and drop it from a finite height towards the ground, in this event you can apply simply laws of motion to find the speed, time interval, acceleration, and displacement of the ball. Because this event has occurred in an inertial frame of reference.

Now take that same ball and drop it from a finite height inside the rocket, then you will find that laws of physics are also applicable here, the same as on the ground. And here you can also find velocity, displacement, acceleration, time interval by applying Newton’s laws of motion.

Einstein shows that motion, speed, and time all are relative. Take a look and find out how is it relative.

Have you wondered that when are you sitting on the moving train, then you must have noticed that when a train which is moving in the opposite direction of your train passes your train very fastly, and we think that how slow our train is moving?

And another thing you also must have been noticed that when two trains are moving at the same speed in the same direction then we see that train is at rest and seems as they are not moving.
Here the concept of relativity of speed applied.

If there are two trains having speed u m/s and v m/s and if they are moving in the opposite direction then the relative speed of train for a person, sitting in any train is given by (u + v) m/s and this is the speed of the other train which is moving opposite to our train.

Einstein shows that motion is a relative phenomenon, let’s take an example to understand it.

Here you are watching the train so you are an observer, and from your reference train is moving in some direction. But do you know what your friend feels? when he sees you.

He saw that you are moving with the same velocity as the train in the opposite direction that of the train, for your friend reference of seeing is changed, your friend velocity w.r.t train is zero, and u km/h w.r.t ground and you in the direction of motion of the train.

So he saw that you are moving in the opposite direction that of the train. So we can say that nature of motion changes if the reference point changes.

In the era of Sir Isaac Newton, Newton strongly believes that time is absolute, he always says that if 3 hrs for me then three hrs. for every object in the universe. But Albert Einstein did not agree with him, Einstein thinks that time is a relative quantity and it is also true so far.

Einstein says that time is affected by velocity, if anyone is travelling at a very high speed, then time passes slowly for him, in comparison with a person who is at rest. 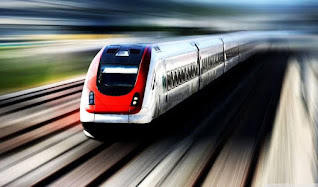 In the verification of this statement, scientists perform various experiment, one of the experiment is –

Scientists take two atomic clocks, they synchronized their time reading, after synchronisation one clock is sent for the tour around the earth with high velocity, while another clock keeps at rest in the laboratory.

After coming back from the tour, their time reading is noticed and scientists found the difference in time reading in both clocks. This shows that time is relative, and it is found that time also slows near the high masses objects such as the black hole, neutron stars, etc. Great Pyramids of Giza also slows the time for a little bit.

An interesting phenomenon with relatively of time is that if you go for a journey by a probe which can travel at the speed of light for one year. When you come back from your journey then you saw that your age is changed only by two years (one year in going and one year is coming) but on the earth, many years have been passed.

This gives a new concept of TIME TRAVEL. How it happened, Is time travel possible? we will talk about it in another post. Now you understand that time is a relative quantity. Look at the following formula.
T = D/S.   If speed is very large then time becomes very small and vice versa. Now let’s talk about the second postulate.

EXPLANATION OF THE SECOND POSTULATE

Consider a train which is moving with u km/h and your friend is sitting on the roof of the train and he takes a ball in his hand.

Speed of light is maximum as per our researches, calculation and discovery, may be some objects have speed larger then the speed of light, and yet to be discovered.

The concepts which are come into existence after coming to the special theory of relativity are TIME DILATION, SPACE CONTRACTION, RELATIVISTIC MASS, SPACE-TIME AND MASS ENERGY EQUIVALENCE. we are not going to talk about these topics today.

We will discuss these topics in detail in the coming articles. Now let’s talk about why the special theory of relativity is special.
This theory is “special” because this theory is applicable only in a special case, where the space-time is flat, i.e. The curvature of space-time should be 2D, and if space-time is 2D or flat then it is described by the energy-momentum tensors, where gravitational effect is negligible.

This makes the theory special.
But Einstein developed a new theory to describe the effect of gravity in space-time and that theory is THE GENERAL THEORY OF RELATIVITY. which is published in 1915