PROPERTIES AND SOLUTIONS OF TRIANGLE

Here, there are some key concepts regarding the properties and solutions of triangles. these are very important for the students who preparing for IIT-JEE and other equivalent exams.

POINTS TO BE REMEMBERED

LAWS OF SINE OR SINE RULE

The sides of a triangle are proportional to the sines of opposite angles i.e, In an ∆ABC,

Where k is some constant.

LAWS OF COSINES OR COSINES RULE–

HALF ANGLE FORMULAE OR SEMI-SUM FORMULAE

The area of any triangle ABC can be given by:

CIRCUMCIRCLE OF A TRIANGLE 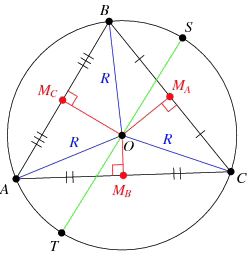 In any triangle ABC,

INCIRCLE OF A TRIANGLE 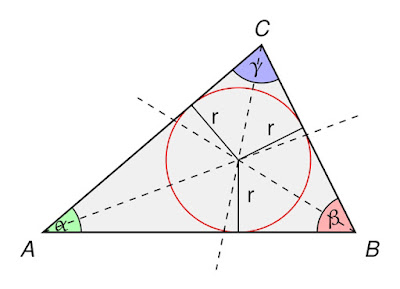 In any triangle ABC,
a).

EXCRIBED CIRCLE OF A TRIANGLE 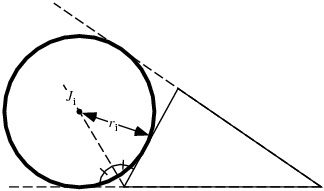 In any triangle ABC
a).

ORTHOCENTRE OF A TRIANGLE 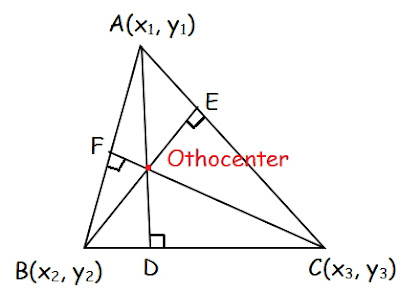 The triangle formed by joining the points F, E, and D is called the pedal triangle. In any triangle ABC,

a). The distance of the orthocentre from the vertices of the triangle ABC is-

b). Distance of the orthocentre from the sides of the triangle ABC is-

1). The circumradius of a padel triangle is

2). Area of a pedal triangle is 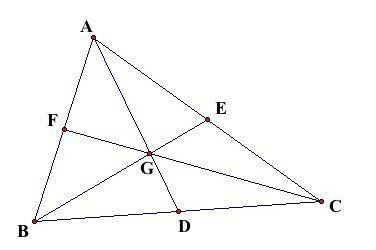 4). Length of the angle bisector through vertex A=

5). Length of the altitude from;

6). Distance between circumcentre and the orthocentre =

8). Distance between incentre and the orthocentre =

9). Distance between circumcentre and centroid =

10). If circumcentre, centroid, and orthocentre are collinear and G divides OO’ in the ratio of 1:2

11). If I1, I2, and I3 are the center of the escribed circles opposite to the angle A, B, and C respectively.  And O is the orthocentre. Then

1). Area of the cyclic quadrilateral ABCD is =

2). Circumradius of the cyclic quadrilateral =

and similarly other angles.

1). If a regular polygon has n sides, then the sum of its internal angle is (n-2)π and each angle is

2). In a regular polygon the centroid, the circumcentre, and incentre are the same.

Where a is the length of the side of the regular polygon of n sides.

Let us know if you liked the post. That’s the only way we can improve.
# IIT-JEE# mathematics class 12# Properties and solutions of triangle