Today in “laws of nature” we are going to talk about the some basic concepts of birth and death of stars. 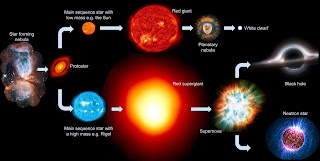 Stars and black holes are the such massive objects in the universe, which have a very long age of about billions years or more.
This observable universe is full of massive objects, and humans is nothing if we compare it to the universe.
So today we are going to learn about the birth and death of stars o
So let’s starts:
Our earth is a part solar system and this solar system is the part of the milky way galaxy, and in our milky way galaxy there are several hundred billions of stars of all different ages, sizes and masses.
Sun is a star and it is the head of the solar system, and a star is nothing but a huge cluster of hot gases and plasma, which  continuously radiate energy in the form of light and X- rays.
So because sun is a star, it also radiate X-rays to some extent, but this X-rays brust became larger during solar flare. 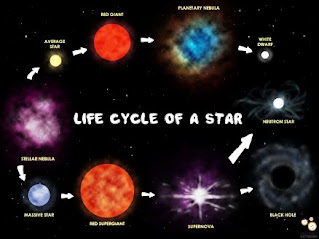 This nuclear reactions gives a tremendous amount of energy, and outflow of this energy from the interiors parts of the stars
Provide a pressure which helps the stars to prevent it from the collapsing under its own weight, but when a star get collapse?
A star get collapse when it’s fuels is used up and it’s fuel is hydrogen, and energy flow from the interiors get stopped.
But nuclear reactions outside the core cause the dying star to expand in the red giant, before it getting collapsed.

If a dying star is about the same mass as the sun then it will turn into the white dwarf.
But if the dying star is more massive than the sun then it undergoes into a supernova explosion instead of turning into the white dwarf, and residue of this explosion is a neutron star, but if the collapsing core the star is very great, at least three times the mass of the sun, then no one can stop it from collapsing. This stars implodes in self to form an infinite gravitational warp in the space time, and this condition of the space time have a special term called the black hole. 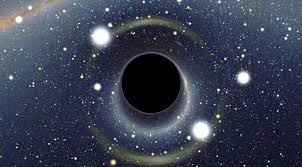 And this condition formed due to collapsing of the star. The brightest X-rays sources in our galaxy are the remnants of the massive stars which have gone under inevitable collapse – the neutron star and black holes.
Other powerful source of X-rays are giant bubbles of hot gases produced by exploding of the stars. And if we talk about the formation of the stars then, a stars is formed by the giant clouds of gas and dust and by the passage of time it turns into a ball of hot gases and plasma due to taking place of thermonuclear reactions in the core.

And depending on their mass, they reach the end of their evolution as white dwarf, neutron star and black hole. The cycle begins a new as an expanding supershell  from one or more supernovas triggered the formation of new generation of the stars,
Brown dwarf stars have a mass of few percent of that sun and it does not sustain nuclear reactions, so they never evolve…
This is the brief description of birth and death of the stars.