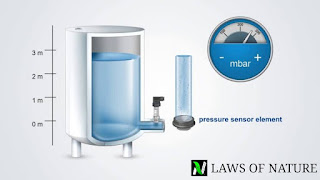 PRESSURE DUE TO LIQUID

Pascal law states that pressure applied by a enclosed liquid is transmitted equally in all directions , to every position of the liquid and wall of the container.

HYDROSTATIC PRESSURE OF A LIQUID COLUMN 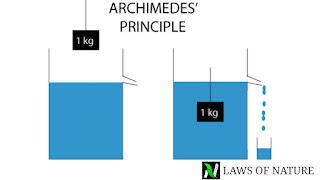 EXCESS PRESSURE INSIDE THE DROPS AND BUBBLES 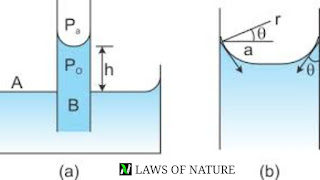 The rise and fall of liquid in the capillary tube is called capillarity.

It is the angle between the tangent to the liquid surface at point of contact and the solid surface inside the liquid.
It is denoted as θ

*. It depends on the nature of solid and liquid in contact.
*. Cleanliness of the surface in contact.
*. Medium above the free surface.
*. Temperature of the liquid.

Here angle of angle of contact is acute angle and meniscus of liquid inside the tube is concave as shown in the above diagram.
The pressure difference between the two side of the meniscus is given as-
Pa – Pi = 2S/r = 2S/r.secθ = 2Scosθ/r
Pressure difference between the two meniscus is also given as = ρgh
ρgh = 2Scosθ/r , h = 2Scosθ/rρg
# Hydrostatic class 11# hydrostatic concept booster# hydrostatic study notes
What is Hydrostatic Pressure? - Lev...
What is Hydrostatic Pressure? - Level Measurement Instrumentation