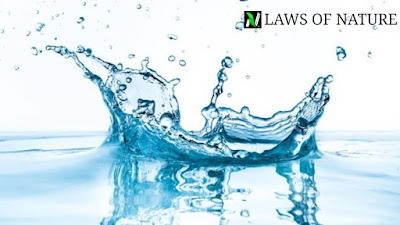 It is the type of flow in which the path taken by the fluid particles under a steady flow is streamline in the direction of the fluid velocity at that point. 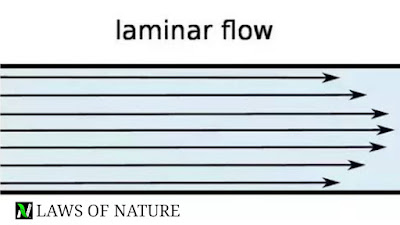 In this type of flow, fluid flows in steady state and moves in the form of layers of different velocities and never intermix while flowing. 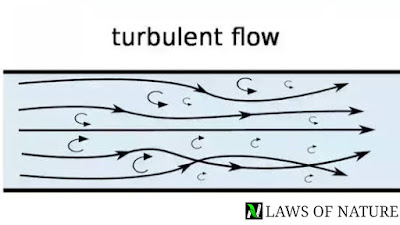 It is also a type of the fluid motion in which velocity of the particles is greater than its critical velocity and particles become irregular during motion.

It is the maximum velocity of the fluid up to which the flow is streamline and above which it become turbulent is called critical velocity.
Mathematically ;
Vc = kη/ρr , where η is viscosity of liquid, ρ  is the density of the liquid, r is the radius of the tube. 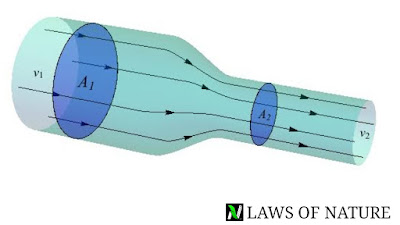 Equation of continuity says that if an incompressible and non viscous fluid flowing through a pipe of non uniform cross sectional area then the product of the velocity of the fluid and cross sectional area at every point inside the pipe remains the same.
Mathematically;
A1v1 = A2v2  , or Av = constant
This equation is known as equation of continuity. 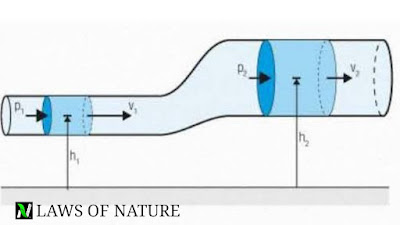 This principle states that, for a incompressible, non viscous fluid in a streamlined irrotational flow , the sum of the pressure energy, kinetic energy and potential energy at per unit volume remains constant at every cross sectional area throughout the liquid flow.
Mathematically it is given as ;
P + 1/2ρv^2 + ρgh = constant
Or P/ρg + h + v^2/2.g = new constant
*. If the fluid is flowing through a horizontal tube, the both ends at the same level, then the potential energy becomes zero because height is zero,(h=0)
P/ρg + v^2/2g = constant
*. If fluid is in rest inside the tube then velocity is zero everywhere in the pipe, in this case –
P1 + ρgh1 = P2 + ρgh2
P1 – P2 = ρg(h2 – h1) 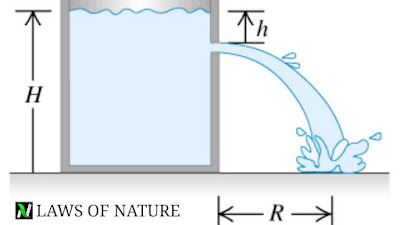 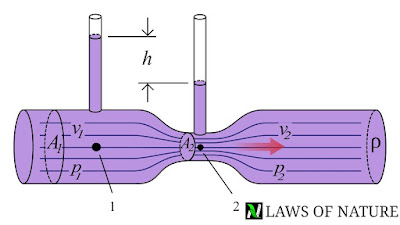 It is a device used to measure the flow speed of incompressible , non viscous fluid using a U shaped manometer attached to it, with one arm at narrow end and one arm at broader end.
After applying Bernoulli’s principle –
v = √{2(ρm)gh/ρ}.[(a1^2/a2^2) – 1]^-1/2
where , ρ is the density of the fluid
ρm is the density of fluid in manometer
a1 and a2 are area of cross section

DYNAMIC LIFT OF A BALL DUE TO MAGNUS EFFECT 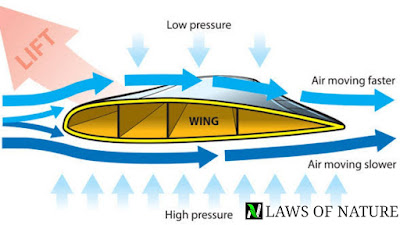 When a spinning ball is thrown in air, then it somehow deviate from its original path. This deviations arise due to the pressure difference between the upper and lower faces of the spinning ball , due to this Pressure difference ball experienced a upward lift by the net force acting upon it , is called Magnus effect.
Lift of an aircraft wings and blown off the roof without damaging the house are some examples where Magnus effect can be seen.

Stokes law states that , if a sphere of radius r moves with velocity v through the liquid of viscosity η , then the drag force experienced by the sphere is given as –
F = 6πηrv 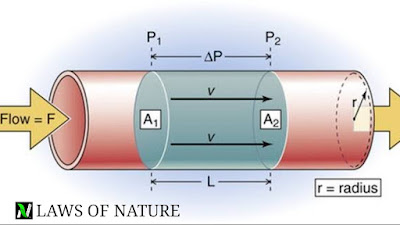