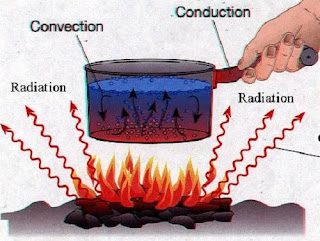 *. THERMAL CONDUCTIVITY – It is the ability of the material to conduct heat from them.
*. HEAT CONDUCTION – It is time rate of flow of heat through any material for a given temperature difference.
*. The rate of heat transfer through a metal rod of length L and cross sectional area A and the temperature at the ends are T1 and T2 is –
Rate of heat transfer = ∆Q/∆t = KA(T1-T2)/L
H = KA∆T/L and also H = Q/t
So then Q = KA∆T.t/L 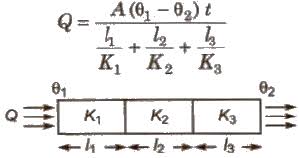 *. It is also a mode of heat transfer in which heat is transferred from one place to another place without heating the intervening medium.
*. In the context of heat transfer, radiation is the process, in which energy is emitted by a body who travelled through space and falls on a body.
But in electromagnetism, radiation is the electromagnetic waves which carry energy by itself.

SOME PROPERTIES OF RADIATION

*. PERFECTLY BLACK BODY – It is body which absorbs all the heat radiations of every wavelength , which are incidents on it. This body doesn’t reflect and transmit the radiation so it appears black. Whatever be the colour of the radiation. It just appears black. 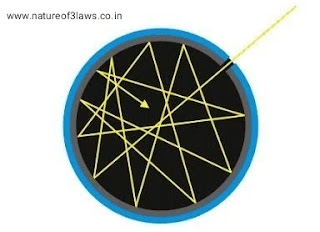 *. There is no any perfectly black body found naturally. But lamp black,  platinum black and ferry black are some black bodies which are nearly perfectly black. They absorbs about 99% of incidents radiation.

ABSORPTION , REFLECTION , AND EMISSIONS OF RADIATION

*. This law states that the rate of cooling of a body is directly proportional to the temperature difference and area exposed.
dQ/dt = -k(Ti – T0) ,where Ti and T0 is the temperature of the body and the surroundings.
*. Temperature of the body at any instant of time t is given as-
T = T0 + (Ti -T0)e^-kt , where k is constant.
*. The value of k can be directly find from the Stefan law and it can be given as
k = 4εσT0^3A/ms
*. If Qemission < Qabsorption , then the body become hotter.
If Qemission>Qabsorption, then the body become colder.
IfQabsorption=Qabsorption , then the body remains constant( thermal equilibrium attained)

*. This law states that the wavelength λm corresponding to the maximum intensity of the emission decreases inversely with the increase in the temperature of the black body. 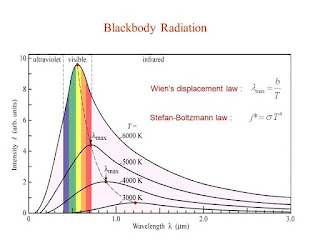