This laws states that every body in the universe attract another body with a force which is directly proportional to product of the their masses and inversely proportional to the square of distance between them act along the line joining the two bodies.
According to this law- 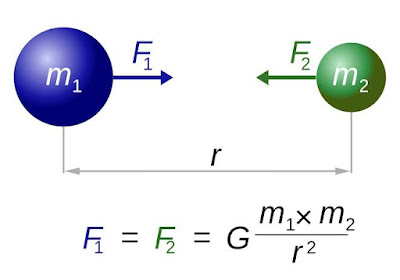 ACCELERATION DUE TO GRAVITY

VARIATIONS IN ACCELERATION DUE TO GRAVITY

DUE TO ALTITUDE (h)

DUE TO ROTATION OF THE EARTH

DUE TO THE SHAPE OF THE EARTH 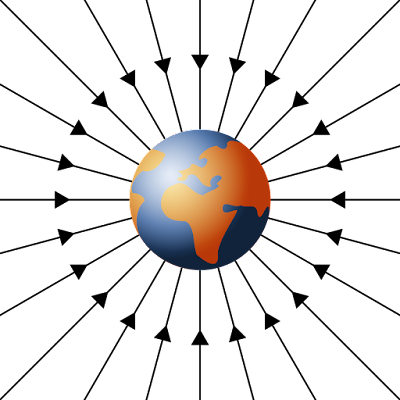 It is the amount of work done in bringing a body of unit mass from infinite to a point in Gravitational field of another body without any acceleration.
Mathematically ; 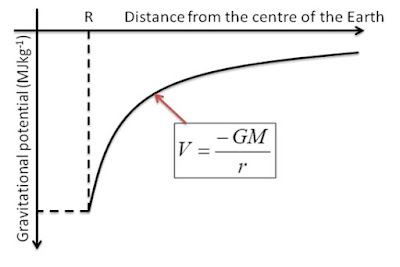 Gravitational potential energy is the amount of work done in bringing a body of unit mass in the Gravitational field of other body from infinite without any acceleration.
Mathematically
W = Vm 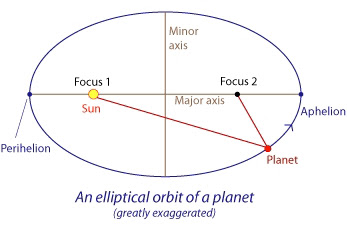 This laws states that, all planets moves in elliptical orbit with the sun situated at one of the foci of the ellipse.
This laws gives the geometry of planetary motion. 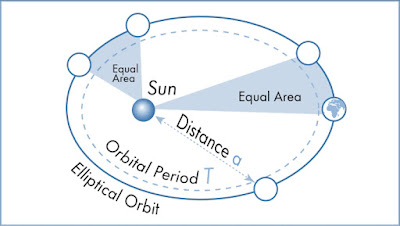 This laws states that , the speed of planets around the sun varies in such a way that the radius vector drawn from the sun to the planets sweep equal areas in equal interval of time.

This laws states that, the square of the time period of revolution of the planets around the sun is directly proportional to the cube of the semi major axis of the elliptical orbit.

It is the minimum speed with which a body is projected vertically upward from the surface of the earth , that it escaped out from the Gravitational pull of the earth and never will return.
Mathematically
Ve = √(2GM/R) , where M is the mass of the planet and R is the radius of that planet.
Ve = √(2G×volume×density/R)
= √[(2G/R)(4/3πR^3)ρ] =√[8πGR^2ρ/3]

At which speed satellites revolve around the planets is called orbital velocity.

TIME PERIOD OF THE SATELLITE

ANGULAR MOMENTUM OF THE SATELLITE

Angular momentum is given as
L= mvr = mr√GM/r = √m^2.GMr
In the satellites motion the net force is centripetal force , and torque due to this force is zero about the centre of the orbit. So total angular momentum is conserved in this case.
L is constant.

ENERGY OF THE SATELLITE

BINDING ENERGY OF THE SATELLITE

It is the energy required to remove the satellite from the orbit to the infinity.
Binding energy, E = -GMm/2r