WHAT IS ESCAPE VELOCITY?

It is the minimum velocity with which a body is projected vertically upward to escape out of the Gravitational pull of any planet.
Every planets have different escape velocity and it depends upon the mass (M) of the planets, radius (R) , acceleration due to gravity (g) of the planet.
Escape velocity of earth is 11.2 Km/sec.
If you want to go out of the earth then you have to go upward with the velocity of 11.2 Km/sec.

Here we are going to derive the expression for escape velocity of the earth.
Let’s take a body of mass (m) , which is lying at distance x from the centre of the earth. M is the mass of the earth and R is the radius of the earth.
According to the Newton’s laws of Gravitation, the Gravitational force between the body and the earth is F. And it is given as-
F = GMm/x^2
And if dW be the small work done to displace the body to small distance dx. then
dW = Fdx = (GMm/x^2)dx

And the total work done in taking the body from the earth surface, x = R to x = ∞ is given as follows- 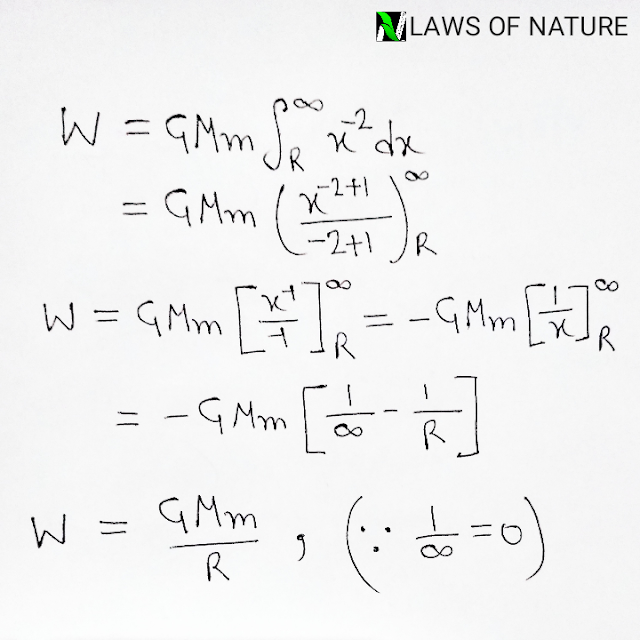 If body is projected vertically upward, then it must have some velocity, and the energy associated with the velocity is termed as kinetic energy.
This kinetic energy is equal to the above obtained work done . 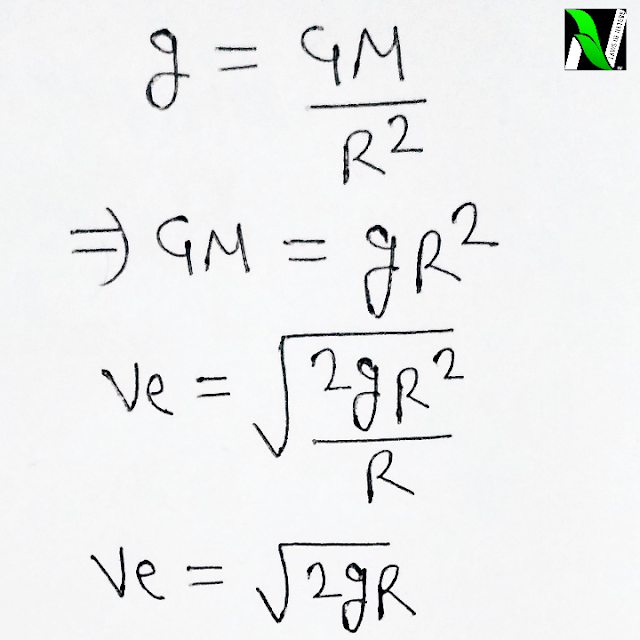 Escape velocity in terms of planet density (earth) , Gravitational constant and radius is as below- 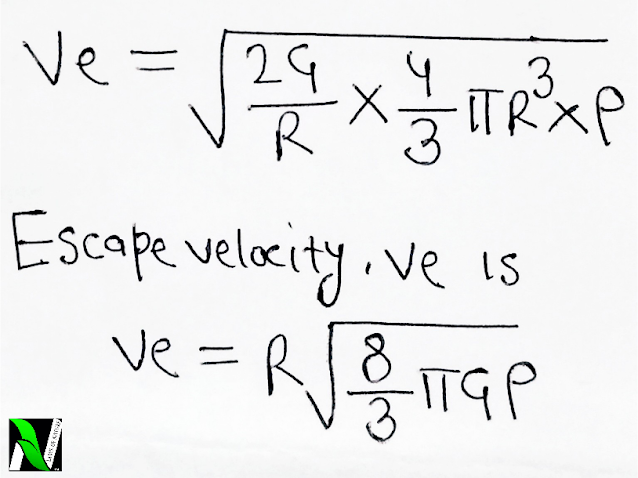 This is the Derivation for the escape velocity.